OPINION: The yellow has moved out and the green has moved in to London’s cycle hire landscape.

With news this week that Alibaba-backed Chinese dockless bike scheme Ofo was pulling out of London, I also discovered that Silicon Valley firm Lime was busy rolling out its electric bikes across the capital.

Late last year, Lime launched its electric scooters in my hometown of Auckland in New Zealand, and by all accounts they seem massively popular there - if not highly controversial.

Sadly, electric scooters are not legal in the UK, so Lime can’t launch them here. Instead, they’re pushing their electric bikes, which feature a small assistive motor.

On paper, these seem ideally suited to London, with its rolling topography and rubbish cycling infrastructure.

In practice, the service has a long way to go to be useful to Londoners.

Lime is a company that operates dockless electric bicycles - essentially, push bikes with a small electric motor to give you a boost when you’re going uphill, or your legs have had it.

You locate the nearest Lime bike through their smartphone app, scan a QR code on the rear mudguard, and the bike should unlock for you. Test the brakes, and you’re away laughing.

The rental costs an initial £1 to unlock the bike, plus 15p for each minute it’s in your possession.

You can end your ride and park the bike practically anywhere in public, and the hire ends as soon as you lock the rear wheel.

I toyed with the idea of cycling all the way from my home in Battersea to my workplace in the City - a distance of about four miles.

Technically I could have gone the entire distance on London’s ‘cycle superhighways’, but only about a fifth of it would actually be on kerb-separated cycle lanes.

The vast bulk of the CS7 route, which runs between Merton and the City, reflects how much effort most London authorities actually put into cycling infrastructure - bugger all. 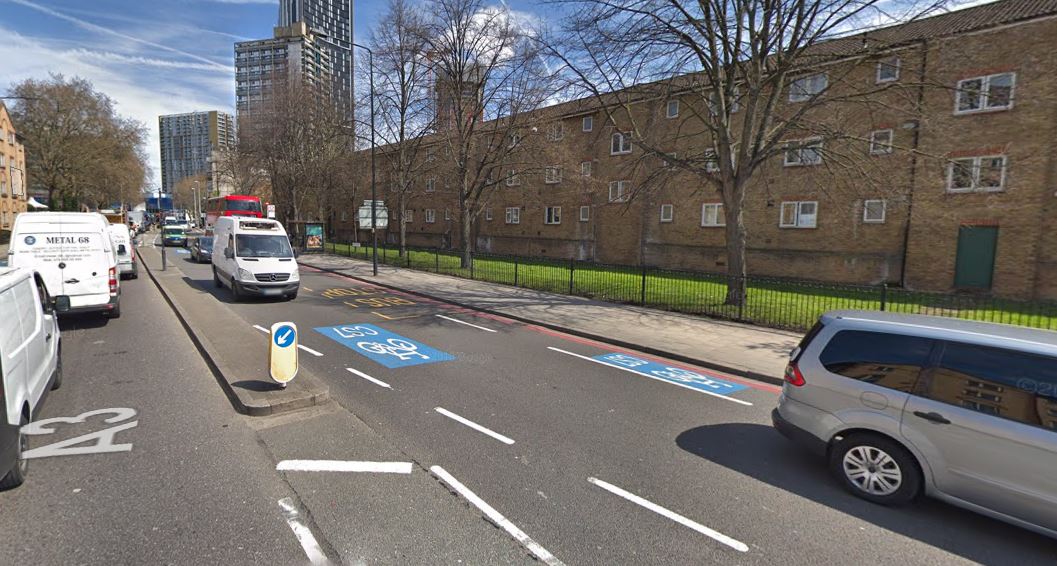 So, not wanting to risk an unknown bike on a terrible road, I settled on the short route from Battersea to Stockwell tube station - easily achievable on back roads, and a distance of about 1.5 miles. 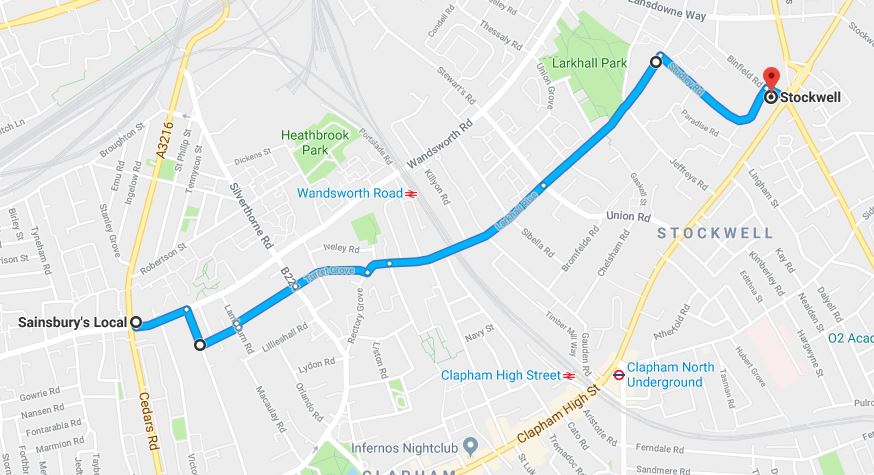 This is where the problems started occurring.

I understand it’s a new service, only a few weeks into its London roll-out. But there just aren’t enough bikes yet.

Checking the app as I left the house, the only bike within a reasonable distance was a 10 minute walk away. Others were at least a mile.

Now, 10 minutes might not seem like much, but in an inner London area like Battersea it took me past three bus stops, serving four bus routes. If I wasn’t set on doing this for the article, I probably would’ve stopped at the first bus stop and got the bus.

It’s not a problem restricted to residential areas, either, with a quick check of the bustling City streets around the WebFG office showing a dearth of Lime bikes on Friday afternoon. 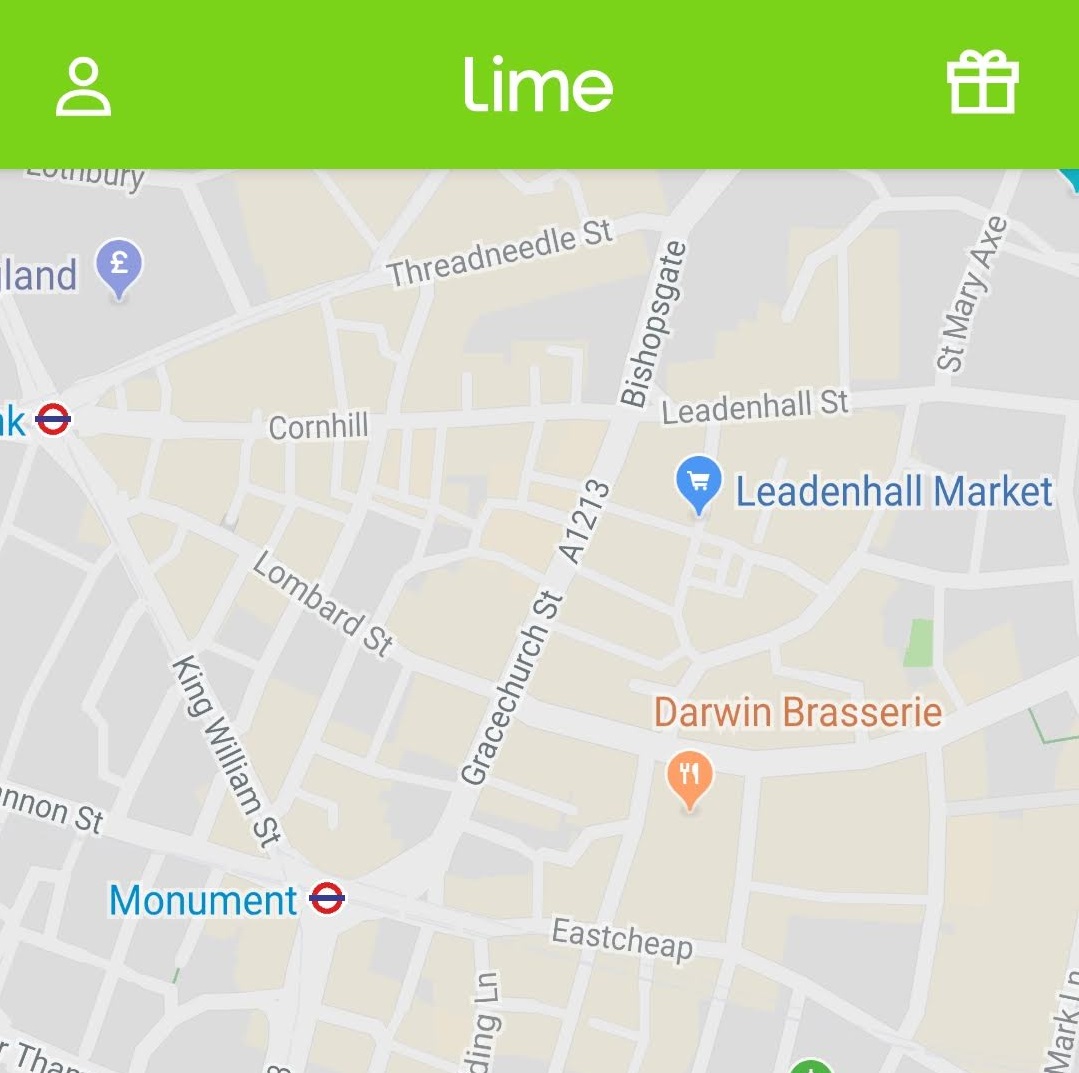 The other problem that arises when there are so few bikes is that you can’t reserve a bike.

I’m also a member of Zipcar - a car club service, where I can find a car parked nearby, unlock it with my phone and hire it by the minute.

The difference with Zipcar, though, is that when I see a car nearby, I can reserve it for up to 15 minutes, giving me time to reach the vehicle.

There’s no such option with Lime. If someone else had decided to rent the bike in the time it took me to walk from my house to it, I would have been plumb out of luck.

Thankfully the service is still in its infancy, and word hadn’t reached the good folk of Wix Lane just yet. 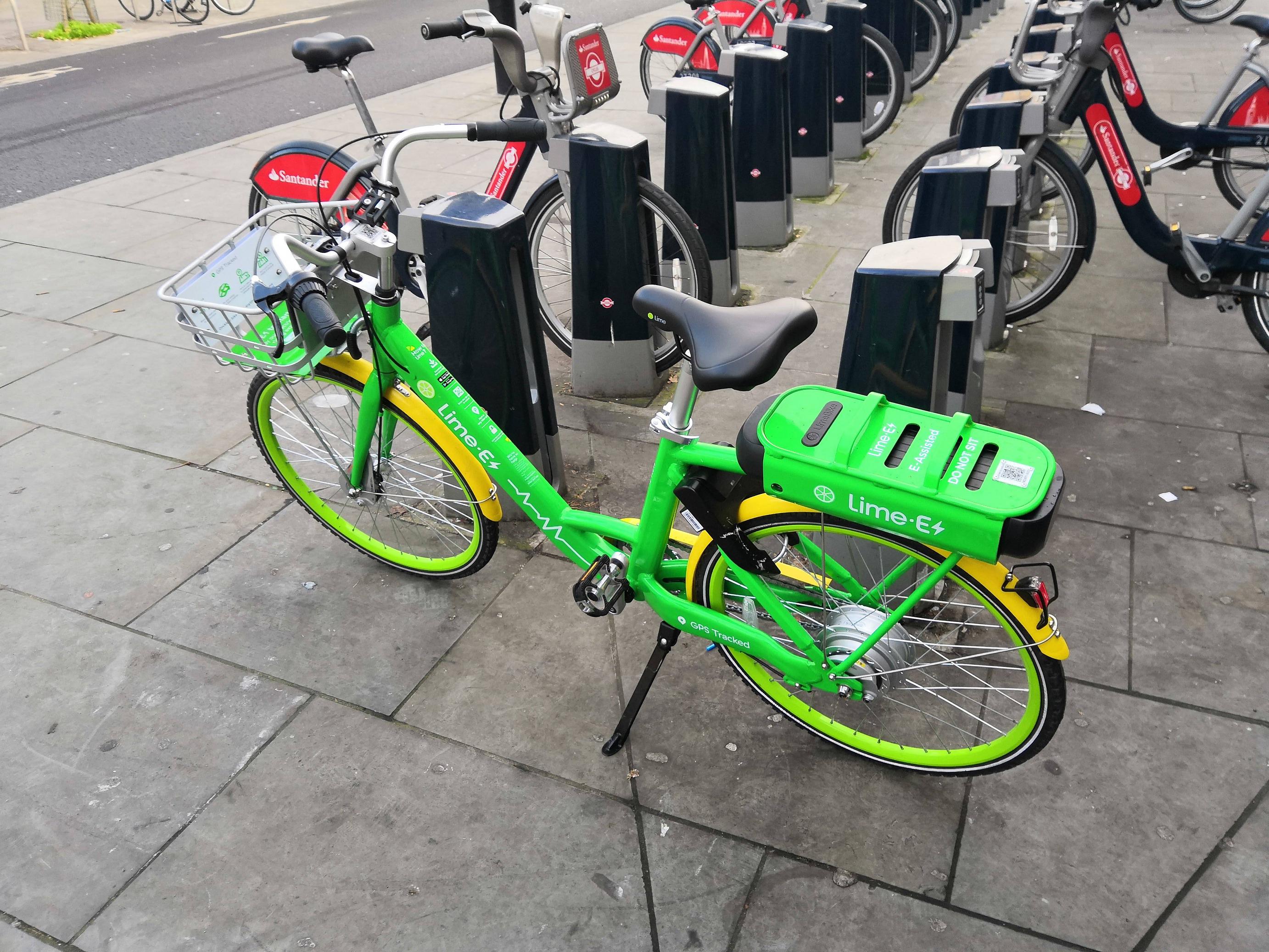 This went relatively as you’d expect, other than a short hiccup when the app would not accept my payment details.

I assumed it was because I was trying to use an American Express, and indeed, the problem was solved when I switched the card number to a Visa.

(Hey Lime - if you don’t accept Amex at the moment, maybe don’t let users save an Amex card to their Lime accounts?)

Once that was sorted, it was a simple case of scanning the QR code with the app, which unlocked the bike, and away we went.

Initially, when you start pedalling, you do feel a small boost from the electric motor, helping you off the mark.

But that’s about as useful as the electric assistance gets.

Being an electric bike, there are no gears, and once you’re pedalling at a certain speed, there’s not a whole lot else you can do.

The end result is that you feel like you’re pedalling too fast and not actually moving fast enough, while growing more and more confused as to what the electric assist motor is actually doing.

Even on the uphill parts of my route, which only consisted of an arch-shaped bridge over a railway and a gradual sweeping gradient near Clapham, I felt as if I was doing all the work.

To make matters even worse, the bike is incredible heavy - it would have to be to include the motor - and rides very, very uncomfortable.

You might be tempted to try and move up a gear, but that thing on the left handle isn’t a gear shift. It’s a bell.

Not that you need the bell. The bike rattles, shakes and squeaks enough to put the willies up any idle pedestrian you approach from behind.

This part’s easy. Find a place to park the bike, lock the back wheel latch, and the app should end your hire.

Evidently, the app takes the bike’s position from my phone. Given it had been locked and in my pocket, it hadn’t updated its location since I started riding.

According to the app, I’d only ridden 76 metres. 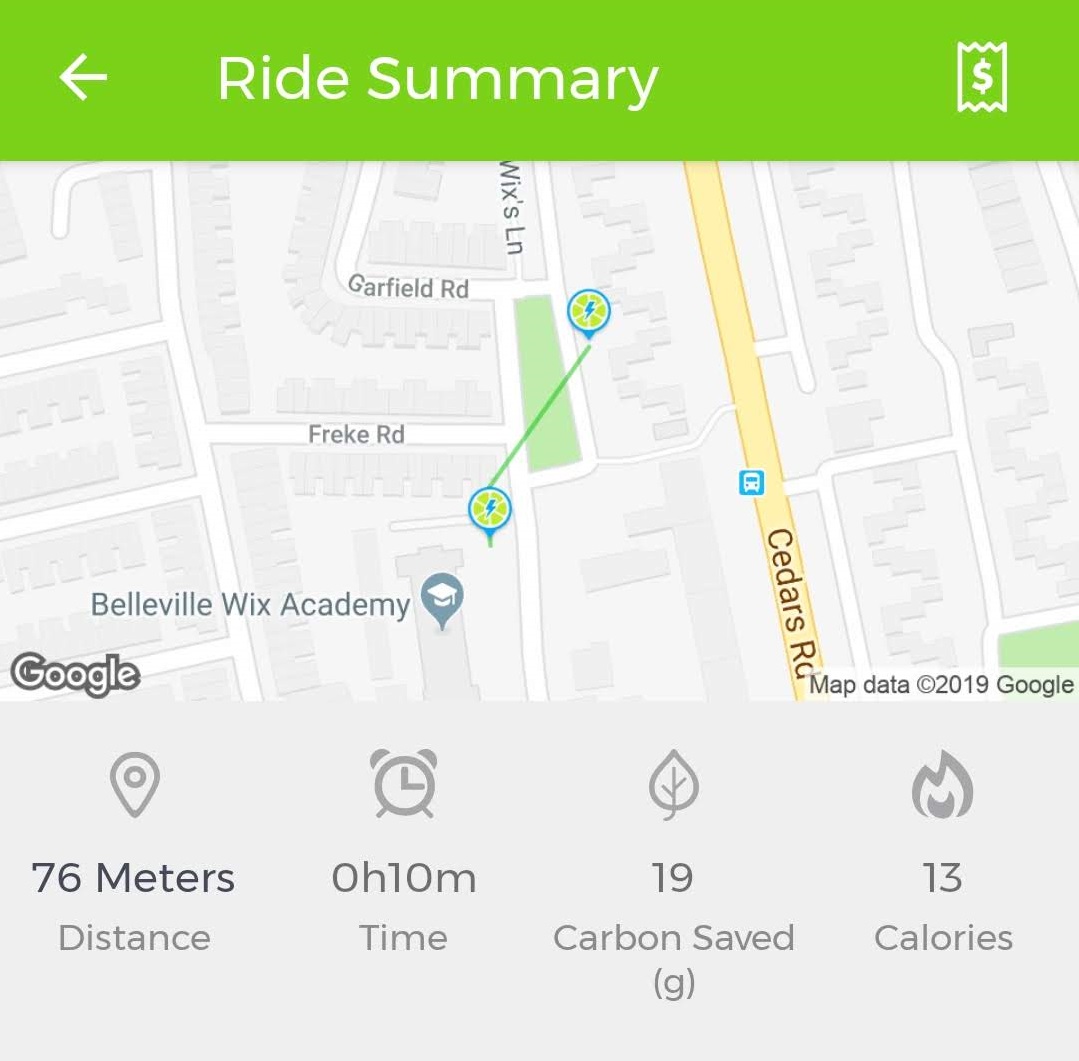 Here’s hoping the bike’s GPS updates itself so I’m not accused of making off with it.

(Lime - if you’re wondering where I left it, it’s around the side of Stockwell tube station next to the Boris bikes.)

I’m glad my ride was only 1.5 miles. And Lime has a long way to go if they want to achieve anything in the London market.

The bikes aren’t anywhere near numerous enough to be a reliable service at this stage. Granted, they’re new, so hopefully that is solved in the weeks and months to come.

Once you’re riding, the bike is uncomfortable, heavy and unwieldy. This is a criticism many also level against TfL’s public cycle hire scheme - the ‘Boris bikes’ - but I’d sooner ride a Boris bike than one of these again.

Additionally, the electric assist seems to do absolutely nothing, rendering the major point of difference of the Lime bikes moot.

Finally, the cost is actually ridiculous.

For comparison, access to the Boris bikes costs £2 for 24 hours, so long as each journey is under 30 minutes.

Even riding the buses in London for an hour costs almost half the journey - £1.50. The cost just doesn’t make sense compared to the alternatives.

Something tells me this hot, green mess is going to have to do a lot more work if it wants to last in London.

Gattaca confident after strong second half

Sabien extends deal with COF as it looks to deploy technology

Tencent planning to sell down its Meituan holding