ONCHAN, Isle of Man, April 14, 2021 /PRNewswire/ -- Brazilian football star Neymar Jr has today announced he is stepping into the new role of Cultural Ambassador as he continues his partnership with the world's largest online poker site PokerStars. In this latest chapter, Neymar Jr will collaborate closely with PokerStars on a series of  creative projects inspired by the world of culture, from art and design to music and more. Bringing his passions and interests to the table, he will be shaking up poker with a series of exciting experiences for the PokerStars community.

In his first foray as Cultural Ambassador, Neymar Jr has curated a series of musicplaylists in partnership with PokerStars, providing the ultimate soundtrack for every type of poker game. Listen to NJRadio here.

Speaking about his new role Neymar Jr said, "Poker is so much more than just the game. It is a community and a culture and that is what I love about it. I am excited to start this next chapter with PokerStars,  and we are already collaborating on a number of key areas. Music is a real passion of mine, so that was first on the list, but there is much more to come. I am excited for you to see what else we have in store."

To celebrate his new role, PokerStars and Neymar Jr are also launching an exclusive Golden Chip giveaway. As well as awarding $850,000 in cash prizes, a number of limited edition Golden Chips have been hidden by PokerStars to be discovered over the next few weeks. Each chip unlocks a high value prize including signed merchandise and clothing, as well as once in a lifetime VIP experiences and gifts curated by Neymar Jr himself.

Martin Nieri, Global Director of Brand and Creative at PokerStars said, "Neymar Jr is not just a globally recognised sports star, he is also a proven creative with a deep interest in the culture around him. This new role marks the start of something exciting for the PokerStars community, a merging of two worlds, where poker meets culture. In a first for the industry, together we'll be creating moments to truly shake up poker and rewarding those who get involved in all that's to come."

The announcement coincides with the release of a new advert, which sees Neymar Jr shaking up the poker scene.

This is only the start of the journey with more to be revealed at Neymarjr.pokerstars.net/en.

18+ only. BeGambleAware.org. Play Responsibly!  For more information on responsible gaming please visit our website at  https://www.pokerstars.uk/about/responsible-gaming/

PokerStars operates the world's most popular online poker sites, serving the global poker community. Since it launched in 2001, PokerStars has become the first choice of players all over the world, with more daily tournaments than anywhere else and with the best online security. More than 200 billion hands have been dealt on PokerStars, which is more than any other site. 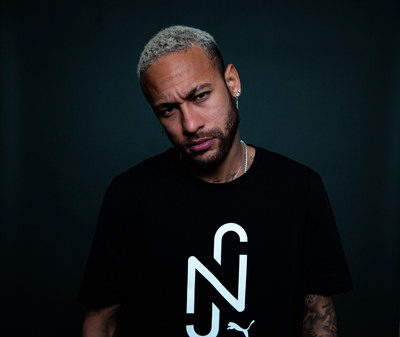 US close: Major indices end week in the red

London close: Stocks end another week in the red